That last few days have been full of quite a bit of contemplation, and a couple wonderful surprises.

It appears that I’m not the only one who is sinking deeper into their life right now.  My daughter told me something she’s been contemplating last night that was so incredibly profound, that it brought me to tears and made me speechless (which is a hard thing to do!) It was as as if I had been waiting to hear just those words to help me know that she’s in GREAT shape, I just didn’t know it until I heard and felt them.  I’ve felt this inner tingle all day inside…and very, very happy.

Yesterday I fulfilled a commitment I made before I made my 30-Days of Silence commitment.  I headed a team to clean the Windmill Chapel at SRF.  I wrestled with whether or not to back out, write everything out (which would have been herculean to do), or do sign language (ha!).  Where I landed was that service is part of my life work, and my life work is one of the exceptions to my commitment to silence.  So I talked during the cleaning, but no chatting before or after.  Even though I had to talk, it was a beautiful experience to use my communication in service.

There was an unexpected surprise when one of the senior monks, whom I’d never met but always wanted to, happened to drop by.  Another volunteer and I were outside working hard on the windows (him) and all the cobwebs (me).  The monk evidently appreciated our work because he acknowledged me for it.  I was totally surprised by his words.  We chatted for a few minutes, then he brought me a step ladder when he saw me straining to get to some spots above a door.  It was a sweet and special moment.

Similarly, over the weekend I baked for the nuns and monks of  SRF.  Something I try to do a few times a year.  I imagine they appreciate the home baked goodness.  And I REALLY enjoy baking for them.  I bow to their devotion to their God and Guru, and to love everyone.

I had my hands full of cookies and tarts I had baked for the 80 nuns in Glendale and was carefully making my way down to the car to deliver them.  As I was just about to my car, I noticed a car pulling up.  It was a client of mine delivering a special grain-free, pistachio macaroon onto my doorstep, because she appreciates me!  Imagine that, getting appreciated for something that I feel it’s an absolute honor to do.  I was soooo moved by her gesture.  I felt an odd combination of being humbled and appreciated.  Then, when she learned where I was headed with the cookies and tarts, she got very teary.  She said it was a beautiful moment to see me do something that no one would have ever known.  We both stood there, seeing each other, teary-eyed, and smiling.

I think I’ve had a breakthrough with the spiritual readings I’m doing for people.  Those who have had readings say that the information that is coming through me is powerful and spot on.  But even so, I’ve still felt quite a bit of reluctance to do it.  If I’m going to do it, I want to make sure 1) I’m a clear channel, 2) I’m doing it for the right reasons, 3) there isn’t an ounce of ego in the work (see #2 and #1), and 4) it feels good and right when I’m doing it.  I don’t want to feel a shred of hesitancy.

I went through this same questioning process before I started doing my life coaching and energy work.  It served me well.  I guess I’m doing it at a deeper level, perhaps?  A fair amount of the time in the recent past, I’ve questioned one of the four (above).  Over the last week, I’ve felt my concerns waning. And today I actually did a reading and felt complete trust and surrender!  It was wonderful!!!!  I’ve not heard back yet from the person who received the reading (this one was in writing — I currently do the process either in person or writing.  Soon I imagine I’ll be able to do readings over the phone as well).  But I have a feeling I’m on the right track. YAY!

When upping one’s game, there is a fine tuning process that naturally ensues, and you never know what’s going to show up!

Today I was contemplating a conversation I had before I went silent.  It had to do with “gossip”.  It’s interesting, the different opinions on what gossip is.  I’ve certainly had recent moments where it was difficult to tell if I was gossiping.  But I think these sorts of questions are really important to press into.

In my mind, gossip is talking *negatively* about another person to someone who is not in a position of therapist or coach; especially if the reason for talking about the person is not for the specific purpose of creating real resolution with them.

To me, gossip is unethical. It also creates negative vibes — in the person talking and the person receiving the communication.  But also, given the interrelatedness of everything, and that, “…a butterfly flapping its wings can be felt and cause change across the world…”, I strongly feel that gossip is also sensed (at some level) by the person about whom they’re talking.

I’ve certainly willingly participated in gossip in the past, but have worked over the years to lessen my need to partake.  Even so, I was talking with friend about my witnessing gossip (theirs).  Their response was to out that I talked about someone who had a drinking issue.  I responded that I mentioned it out of real concern for the person (which was true), hoping that somehow things could be helped by our conversation.  But after contemplating this, the truth is, unless the conversation is intended to help the person directly, it’s gossip.  So I’m going to add to the definition of gossip to include, talking about someone else’s business. As I said, sometimes the line is fine and not easy to see.  I’m glad I got more clarity on this, thanks to my friend’s inquiry.

This got me thinking about a more blatant example of how damaging gossip is.  I recall a time I told a close friend about something someone said to me that was quite hurtful.  (Note: He knew the person, though didn’t have regular contact.)  My rationale was that I was very upset and felt the need to “vent”.  Most would say, “It’s okay to vent, especially to a close friend.”  Well, at some point he started to chime in saying how awful it was what the other person did/said, and how terrible the person was for it.  At that point I realized my friend was hearing only one side of the story (mine), so I said something like, “I had my part in this too. (So and so) is a good person.  She must really be upset.”  I’ll never, and I mean never, forget what my friend said in response.  He said, “I hear you.  That said, I used to think very highly of that person.  But I will never see him/her the same again after hearing this.”  At that moment I realized how damaging and one-sided gossip is…whether one wants to admit it or not, no matter how it’s dressed up.

I’m happy to get even clearer about the finer points of this.  It feels important to my process and in walking forward. 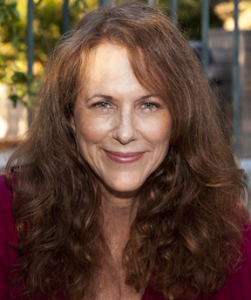